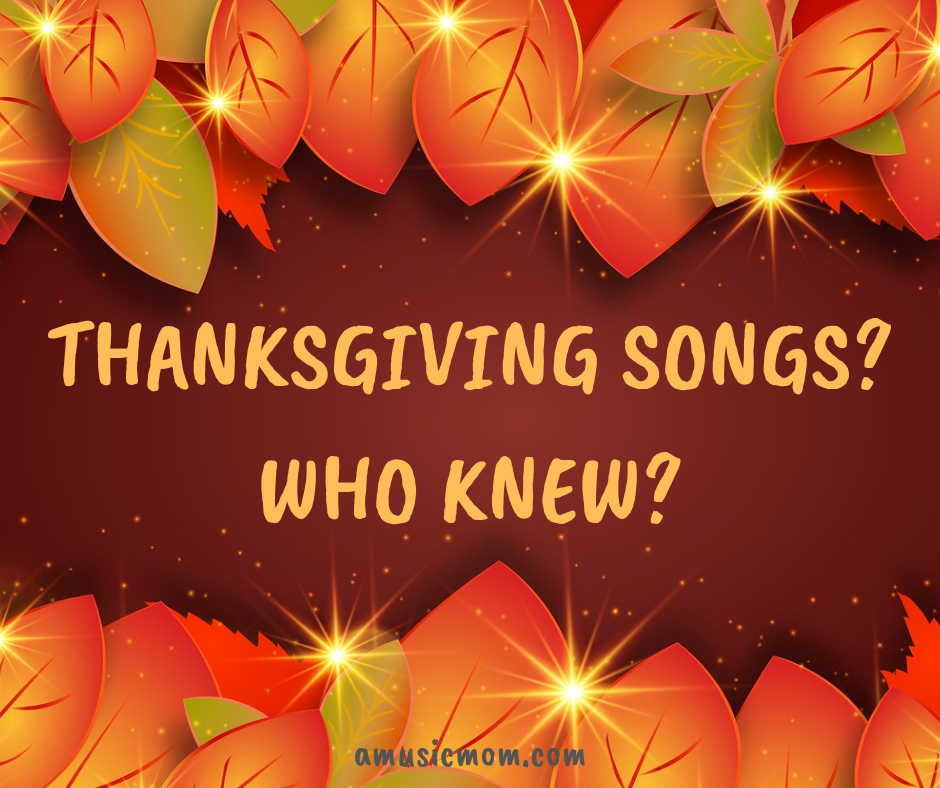 Praise God from whom all blessings flow;
Praise Him, all creatures here below;
Praise Him above, ye heavenly host;
Praise Father, Son, and Holy Ghost.

Have you ever sung this in church? When I was growing up we sang this every Sunday morning after the offering. But I never really thought about the words very much. But how appropriate these words are for Thanksgiving. A doxology (and there are several) is simply a song giving glory or praise to God.

Thomas Ken, an Anglican clergyman wrote this doxology in 1709. It has been around for a long time! He wrote several hymns for the students at Winchester College to use throughout the day. This Doxology was included at the end of both his Morning Hymn and his Evening Hymn. Thomas Ken had an excellent reputation in both his work at the college and in his service for the English royalty.  Listen Here

“Over the River and Through the Wood”

Over the river, and through the wood,
To Grandfather’s house we go;
The horse knows the way
To carry the sleigh
Through the white and drifted snow.

Over the river, and through the wood,
To Grandfather’s house away!
We would not stop
For doll or top,
For ‘t is Thanksgiving Day.

Over the river, and through the wood,
Oh, how the wind does blow!
It stings the toes,
And bites the nose,
As over the ground we go.

Lydia Maria Child wrote the original poem. It was published in 1844. She was a well-known author during the time leading up to the Civil War. She wrote a magazine for children, popular books for housewives, and even some novels. One of her novels got her into trouble because it featured an interracial couple – a New England woman and a Native American. She also wrote against slavery, and in favor of the African- Americans.  Listen Here

Let all things now living a song of thanksgiving
To God the creator triumphantly raise.
Who fashioned and made us, protected and stayed us,
Who still guides us on to the end of our days.
His banners are o’er us, His light goes before us,
A pillar of fire shining forth in the night.
Till shadows have vanished and darkness is banished
As forward we travel from light into light.

His law he enforces, the stars in their courses
And sun in its orbit obediently shine;
The hills and the mountains, the rivers and fountains,
The deeps of the ocean proclaim him divine.
We too should be voicing our love and rejoicing;
With glad adoration a song let us raise
Till all things now living unite in thanksgiving:
“To God in the highest, Hosanna and praise!”

This song may not be as familiar to you as the others, but it is a great song of praise. And that, really, is what Thanksgiving is all about – praise and thanks. The melody used for this hymn of thanksgiving is an old Welsh folk melody, “Ash Grove.” This melody dates to the 1700’s.

Katherine K. Davis wrote the words for “Let All Things Now Living,” possibly as early as the 1920’s. Katherine Davis was from Missouri and was a very accomplished musician. She studied composition, piano, and music theory, taught at both the high school and college levels. She wrote more than 800 vocal and instrumental compositions, even some operas! Ms. Davis lived until 1980.  Listen Here

While you may not know this song, I am pretty sure you know something else that she wrote. Katherine Davis was also the composer of “The Drummer Boy.”

I have three more Thanksgiving songs for you next week. One will certainly surprise you!