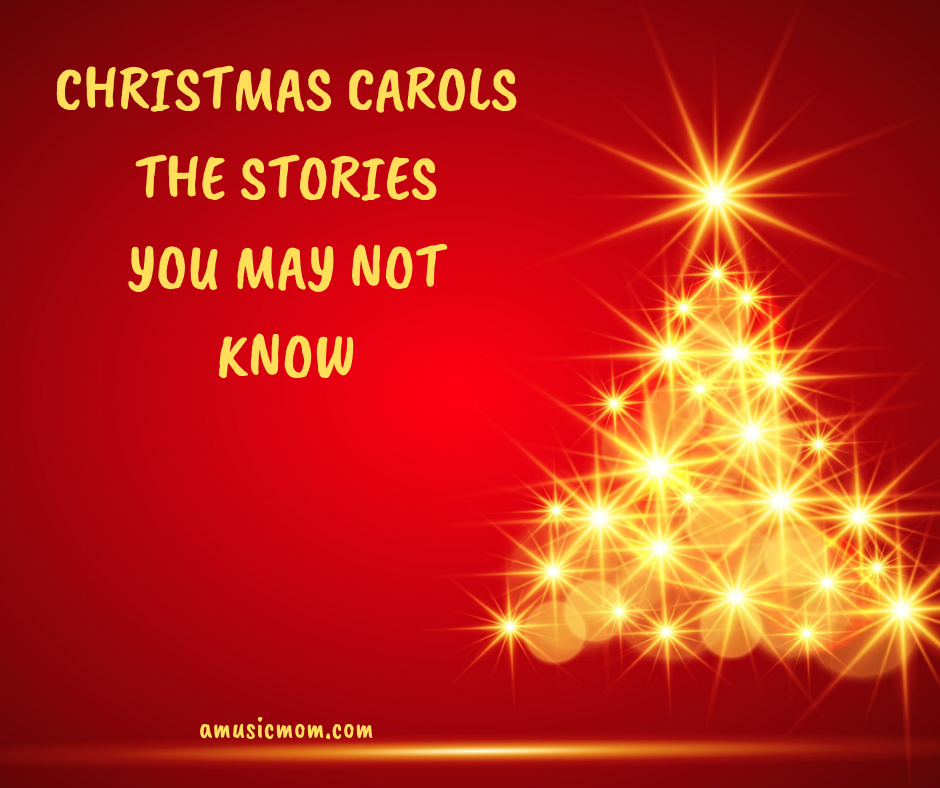 Do you know where your favorite Christmas music comes from? Or why they were written? Read on, and learn the story behind these Christmas carols.

What Child Is This?

William Chatterton Dix, a manager at an English insurance company, fell quite ill. As he recovered from his illness, he had a personal spiritual revival. As a result, he wrote several spiritual poems. One of them, written in 1865, recounted the Christmas story. He titled this poem “The Manger Throne.” Later, parts of this poem were set to music and became the Christmas carol we know today as “What Child Is This?”

The carol begins with a question – “What Child is this?” Dix then included several references to the Christmas account given in Luke 2, especially angels and shepherds. Then he answers the first question with the glorious refrain that this baby is Christ, the King! The last verse refers to the gifts of the wise men and calls on all of us to come and worship this newborn king. It is interesting that he includes all social statuses in his invitation – from peasants to kings.

The melody used for this traditional Christmas hymn, “Greensleeves,” dates as far back as at least the 1500’s. It was a popular song during the reign of Queen Elizabeth I, and William Shakespeare even referred to the melody by name in one of his plays. No one knows for sure who combined the “Greensleeves” melody with the words for this carol. Some believe that John Stainer, who first published the carol in 1871, was likely the one to match the words to the melody. “Ding Dong Merrily on High” is a lively, joyful, and fun Christmas carol. It is another Christmas carol that combines an ancient melody with new lyrics. The words don’t really tell the Christmas story. Instead, they seem to tell us to be joyful because of the Christmas story. The first verse refers to the angels singing, and, just like the angels, we should be joyful also. The refrain, “Gloria, in excelsis Deo,” is in Latin. It means “Glory to God in the highest,” the very words the angels proclaimed to the shepherds when they announced the birth of Christ.

The melody for the song first appeared in a French dance book in 1588. It had nothing to do with Christmas! The original name of the tune, translated to English, comes out as “The Servants’ Hall Brawl.” Seems like it was a rather lively and raucous dance.

In the early 1900’s an English Anglican priest named George Ratcliffe Woodward wrote the words we associate with the melody. Woodward had a keen interest in collecting ancient songs and carols. He also spent much time writing music arrangements for the Anglican church. In 1924 he worked with a man named Charles Wood and the two of them published a book of songs for holidays, Cambridge Carol Book: Being Fifty-two Songs for Christmas, Easter and Other Seasons. Included in this book was the song “Ding Dong Merrily on High.” Another very old Christmas carol, “God Rest Ye Merry, Gentlemen” is a carol with a bit of controversy – what exactly does that title mean? And where does the comma belong? If the comma moves before the word “merry,” then what we get is a warning for some over-indulgent revelers to take it easy. Not really the intent of the song! What the title, and the first line of the song, indicates, instead, is a blessing or a greeting for others. May God keep you joyful, gentlemen. In fact, the phrase “God rest you merry” was a common greeting or expression at parting among friends 500 years ago. (A great example of why punctuation matters!)

Both the author of the words and the composer of the music are unknown, although the melody seems to have originated in Cornwall.  The carol was first published by William Sandys in 1833. His book, Christmas Carols Ancient and Modern, brought about a revival of both the Christmas celebration and the singing of carols. Evidently, Queen Victoria was a great supporter of singing Christmas carols.

As is the case with many old texts, the words have been revised slightly over time. The words published in Sandys’ book had seven stanzas, another early version had eight stanzas. Most versions today have just four stanzas. And though the words of the carol may not be quite theologically correct, the sentiment expressed is a true one. As the angels, shepherds, and wise men each were joyful and amazed at the birth of the Christ child, we too should find joy in the birth of Christ and the hope that brings to a weary and sinful world.

We Need a Little Christmas

Are you familiar with the musical “Mame?” Neither was I. I had heard of it but had no idea what the story was about. The story takes place in the late 1920’s, during Prohibition and right before the stock market crash. The main character, Mame, was a prominent, wealthy socialite in New York City. During one of her wild infamous parties, Mame’s orphaned 10-year-old nephew arrives at her door. She decides to take him under her wing and teach him about the world. Unfortunately, her choices do not coincide with the boy’s late father’s will, so the child is sent off to a conservative private school.

When the stock market crashes Mame loses all her wealth. To ward off depression she declares that they need to have Christmas right now – even though it is barely past Thanksgiving. Decorate, celebrate, have a holiday right now – don’t wait for Christmas to get here. The song “We Need a Little Christmas” comes from this point in the musical. The musical was based on a book by Patrick Dennis, entitled Auntie Mame. The music and lyrics for the song were written by Jerry Herman. The musical opened in 1966.

The idea of the song “We Need a Little Christmas” is that as soon as we begin to celebrate Christmas, we will feel better. The sooner, the better! Some have said that the song marks the beginning of the “Christmas creep” – start Christmas decorating and celebrating earlier and earlier, until it begins before Thanksgiving. The song has nothing to do with the real meaning of Christmas; it is all about how the season makes us feel. It sees the celebration of Christmas more as an escape from the realities of life, a postponement of the undesirable things we must face.

Phillips Brooks was the minister of Holy Trinity Church in Philadelphia during the mid to late 1800’s. As Christmas neared one year, he wanted a new song for the children to sing for the Christmas Eve service. As he thought about what they should sing, he remembered his earlier trip to the Holy Land in 1865. His tour of the Holy Land included a horseback ride from Jerusalem to Bethlehem on Christmas Eve. He remembered thinking about the shepherds of the Biblical account as he rode through the hills near Jerusalem. Those remembrances inspired him to write the words to the carol “O Little Town of Bethlehem.”

The words of the carol began by painting a picture of Bethlehem – a small town, dark, quiet, stars shining in the night sky. The lyrics go on to tell of the birth of Christ – a light, shining in the darkness of this world. They go on to call on us to receive this newborn king as the Christ-child, the Messiah, our Lord Emmanuel.

After writing the poem, Brooks needed some music to go with his words. He turned to his church organist, Lewis Redner. Redner tried for several days to come up with a suitable melody for the words but was unsuccessful. Feeling discouraged, he went to bed the night before Christmas Eve. In his sleep he seemed to hear the perfect melody. He immediately woke up and wrote the melody on paper. As the children sang the song the next day they sounded like a choir of angels.

In the United States the melody that Redner wrote is the one most commonly used with the words to “O Little Town of Bethlehem.” Both the words and the melody were published together in in a hymnal for the first time in 1871. In England, however, the words are generally set to a different tune. Ralph Vaughan Williams paired the words with the British folk tune “Forest Green” for a hymnal published in 1906. This setting is the most used in Britain. Both melodies provide beautiful settings for the text.

Have you learned anything about Christmas carols? I hope so! What is your favorite carol? Let me know in the comments below.

Did you miss our last review of Christmas Carols? Check it out Here.